It is the first thing people see when they look at us. With an area of 1.8 square meters, the skin is the largest organ of the body, and it is the major hurdle for germs that are trying to invade (Grice and Segre, 2011). However, people often do not think about their skin as long as there are no problems. The skin forms the border between the body’s inner organs, bones muscles, and the outer environment, but it is an interface, too. Through nerve endings and receptors, the skin allows us to interact with our environment, and enables us to perceive what is happening in our surroundings (Slominski et al., 2012).

For example, thermoregulation, the body’s ability to regulate its temperature, is essential for preventing high losses of energy (Romanovsky, 2014). In addition, the skin is highly versatile. Many cells of the immune system reside here, and they promote inflammatory reactions to external and internal stimuli (Richmond and Harris, 2014). “Tissue engineering and increasingly complex skin models help us understand this versatile organ, as well as its various disease mechanisms,” says Dr. Florian Groeber-Becker from the Fraunhofer Institute for Silicate Research ISC in Wurzburg.

Because skin diseases can change a person’s appearance, they have a high impact on a patient’s quality of life (De Bes et al., 2011). According to the World Health Organization skin diseases such as tinea capitis and scabies occur predominantly in poor countries. In contrast, skin cancer is one of the most frequent cancer types worldwide (Doran et al., 2015). Faced with the extent of skin diseases, a high medical need for basic researchers and dermatological cell culture specialists undoubtedly exists. However, although skin models are used extensively in the cosmetic industry, they are quite rare in biomedicine and the pharmaceutical industries (Mathes et al., 2013). Groeber-Becker says, “It‘s just a matter of time until we see those models entering drug development labs. There are thousands of applications.”

The evolution of a 3D skin model

One essential application of models in cell culture is for studying wound healing. In 2015, this need led Groeber-Becker and his colleagues to develop a full-thickness skin equivalent along with a device that automatically generates wounds, called ArtCut® (Rossi et al., 2015). “We used dermal fibroblasts in a rat-tail collagen hydrogel without vascularization to model the dermis. On that layer, we seeded human epidermal keratinocytes, and grew them at air-liquid interface to form a multilayered epidermis,” Groeber-Becker explains. “Using this model, it is possible to investigate the effects of drugs and other substances on the healing process. It was a significant first step, but the model has its limitations.”

For his subsequent research project, Groeber-Becker made a few changes (Groeber et al., 2016). “The scaffold for our new model is a decellularized piece of porcine jejunum that was vascularized. We call this platform technology “biological vascularized scaffold,” or BioVaSc for short. This piece of matrix is seeded with primary human epidermal keratinocytes (NHEK), dermal fibroblasts (NHDF), and dermal microvascular endothelial cells (HDMEC) at their physiological position,” Groeber-Becker explains. “We cut the piece of the jejunum longitudinally, and place it in a frame. In this way, we receive a flat vascularized skin model after approximately 28 days.” The cells are grown and maintained in a bioreactor at air-liquid-interface. “The media from PromoCell, especially the Keratinocyte Basal Medium 2, supported our experiments tremendously,” he adds.

Groeber-Becker’s 3D model overcomes limitations of non-vascularized skin models. Until now, using animal-derived material was the only method available for achieving physiological vascularization in a skin equivalent. After development, the in vitro model showed a dermal and an epidermal layer, with vascularization only in the dermis, which reflects conditions in the human skin. The BioVaSc approach allows researchers to generate other tissue equivalents such as liver (Linke et al., 2007).

A vascularized skin model enables scientists to address additional research areas, including drug development. “We can investigate, for example, the amount of a certain substance that enters blood vessels when it is topically applied to our skin model,” says Groeber-Becker. Researchers can also broaden the applications of the model. “When you add skin cancer cells, you can build your own melanoma model. And, after applying immune cells, you can integrate immunological effects into the skin model. Those are just two examples,” he says. Groeber-Becker expects 3D skin models to move along the path towards increasing complexity in their ability to approximate in vivo conditions. He envisions the possibility of a widespread application of full-thickness skin models. Such a model consists of basement membrane, dermis, and epidermis, and it displays the morphology and functionality of human skin (Ackermann et al., 2010).

One major advantage of sophisticated skin models that come close to in vivo conditions is that they minimize the need for experiments on animals. This reduces the suffering of mice, which are used extensively for xenograft experiments in oncology, for example. “Some systemic effects can still be investigated only in animals, but the number of test animals could be reduced dramatically,” Groeber-Becker emphasizes. Good in vitro models could make that possible.

“Coming closer to human physiology is a key aim of cell culture research,” adds Dr. Stéphanie Bonnet, Scientific Application Manager at PromoCell. At PromoCell, she sees various applications of 3D skin models from customers every day. “It’s a huge topic in cosmetics, when it comes to testing the cytotoxicity effect of certain compounds, for example.” Bonnet explains that cells grown in 3D culture showed a higher resistance to cytotoxic substances (Sun et al., 2006). Their results underline the differences between 2D and 3D cultured cells. They also illustrate how results obtained with 3D models are more transferable to physiological conditions. “A growing number of scientists use 3D cultures to investigate pigmentation such as whitening or tanning, as well as in skin-ageing and hair-growth research. There are also applications in oncology – such as in a melanoma model,” she adds.

For the future, Groeber-Becker sees two important applications for 3D skin models in biomedicine. “First, as a tool to generate new basic insights into skin function, physiology, and disease,” he says. “The second application is producing engineered grafts for large burns, or other skin wounds.” (Chua et al., 2016). “A fascinating field that offers new opportunities for creating skin models is 3D bioprinting,” Bonnet adds (Cubo et al., 2016). Novel approaches such as these could help protect the body’s largest organ, while reducing the numbers of animal experiments. Researchers envision that physiological experimental setups could increase efficiency of drug screening, or be used to treat patients with large wounds, including burns.

The transition from 2D to 3D cell culture

Whether for medical or cosmetic applications, many research areas focus on the skin, and the problems are quite similar. “We have many customers who want to establish 3D cultures in their dermatology cell culture. In most cases, the method is well established in two dimensions, but 3D remains a challenge,” Bonnet says. PromoCell offers many products, which means that customers can connect the pieces of puzzle and create their own individual models. But they are not alone, because Bonnet and her colleagues stand by, ready to assist them. “I am a scientist by training, but now I am a consultant, so I’m there whenever our customers need support.” This is how she helps researchers everywhere who are leading the way to scientific progress. 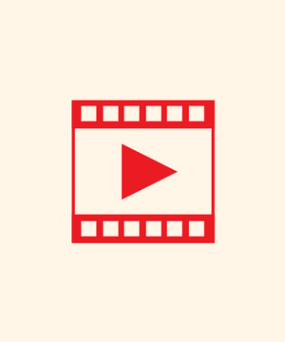 Video: How to Generate Standardized Wounds

ArtCut® is the name of a device that automatically generates wounds. In 2015, Dr. Florian Groeber-Becker and a team of researchers developed ArtCut®, along with a full-thickness skin equivalent. To model the dermis, they used dermal fibroblasts in a rat-tail collagen hydrogel. Read the full protocol, and watch the video from the Journal of Visualized Experiments.

Human umbilical vein cells (HUVECs) are easy to access, so they have been the major source of primary endothelial cells (ECs) for years. But to study adult vascular pathology, bring your endothelial research to the next level – by choosing adult ECs that more accurately resemble in vitro conditions….

Many scientists working in oncology focus on cancer stem cells (CSCs). Targeting these cells specifically could improve cancer therapy significantly. Because CSCs rely heavily on their environment, three-dimensional cultivation offers the unique opportunity to better understand this interaction. We talked to two scientists working in this field of cancer research.

In the human body,…