“Fifty years hence, we shall escape the absurdity of growing a whole chicken in order to eat the breast or wing by growing these parts separately under a suitable medium.” Winston Churchill, 1931. It may have taken us more than fifty years, but we are getting closer to Churchill’s dream of producing meat-like food without needing a live animal.

What is cellular agriculture?

Making agricultural products, like meat, from cell cultures rather than from a living animal is called cellular agriculture. Rather than raising a cow for beef and using its muscle as a source of food, we grow the muscle (or rather, a product like a beef burger) directly from cell cultures, cutting out the ‘middleman’ of the cow. It isn’t just meat that can be produced like this. Milk, egg white, and even leather and fur can be grown in this way (Stephens et al., 2018).

The demand for a different way 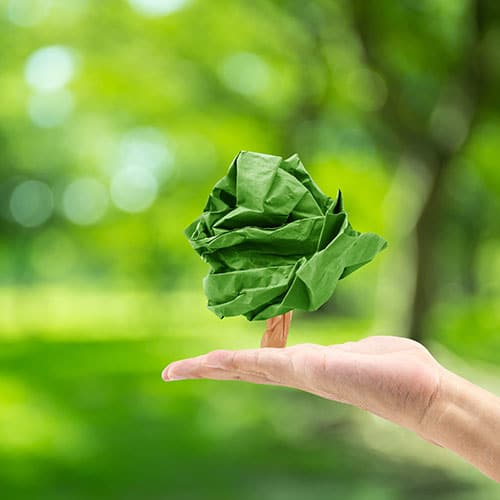 The livestock industry is under increasing pressure as the scale of environmental damage, ethical concerns and impact on human health of eating animal products (Scollan et al., 2011) and more people are turning to vegetarian or vegan diets (Caldwell et al., 2015).

Culturing meat rather than raising livestock could reduce greenhouse gas emissions, water use, and land (Tuomisto et al., 2011). Feeding animals to then eat them is a highly inefficient way for humans to eat; up to 97% of the calories an animal eats during its life do not end up in the meat we eat (Ben-Arye et al., 2019).

There are two main means of cellular agriculture, tissue engineering and fermentation-based methods. In tissue engineering, cells (either cell lines or primary cells) are grown on a scaffold bathed in serum (Arshad et al., 2017). The focus of tissue engineering, which is still a relatively new field, has thus far been for clinical and research applications rather than as a food source. However, these tools can be repurposed to produce animal-like products. The biggest challenge in translating these products from clinic to kitchen is scalability of current technologies (Ben-Arye et al., 2019).

Fermentation based agriculture uses no animal-based products – it does not require animal cells as a starter. Bacteria, algae or yeast that have been genetically modified instead produce organic molecules which are used to create the animal-like products (Stephens et al., 2018). Fermentation based agriculture has been used at large scales already, while tissue engineering is still in the developmental phases at large scale (Stephens et al., 2018).

During these processes, cell culture conditions need to be standardised and adapted since components such as serum are of animal origin, as is the case with the commonly used foetal bovine serum (FBS) (Gstraunthaler et al., 2003). Serum-free cell culture media is one option, and this adds to the challenge of cellular agriculture as the specific components required for each cell type to grow needs to be defined (Brunner et al., 2010).

What can we produce using cellular agriculture?

Insulin could be thought of as the first cellular agriculture product. After discovering that insulin was therapeutic in diabetes patients, scientists collected insulin by grinding up the pancreas from animals like pigs and cows. Later, scientists discovered how to create insulin using recombinant bacteria or yeast (Quianzon et al., 2012).

Milk can also be produced without a cow, using recombinant yeast. Altering yeast DNA by inserting genes that produce casein – a key protein in milk – can make casein identical to that found in cows’ milk (Mouat et al., 2014).

Rennet is another great example of early cellular agriculture, and the first genetically engineered food product approved by the FDA (LA Times, 1990). Rennet was traditionally taken from the lining of the fourth stomach of a calf. It is a combination of enzymes used to process milk during cheesemaking. Now, there are recombinant bacteria that can produce rennet and most cheese makers use rennet enzymes from cellular agriculture rather than baby cows (Yu et al., 1994). Not only is this more ethical, the end product is more consistent, purer and cheaper to produce (Yu et al., 1994).

The first cellular agriculture burger was eaten in a restaurant in 2013 (BBC, 2013) and these products are now widely available in supermarkets.

Tissue engineering based cellular agriculture takes cells or cell lines from animals and produces tissue with minimal requirement for animal-based products. The starting cells can be taken from the animal using a biopsy or from genetically modified cell lines that only need animal cells to begin the process (Post et al., 2014; Genovese et al., 2017).

As cellular agriculture technology progresses, all livestock production for meat, dairy, eggs and leather may become unnecessary. This would vastly reduce the burden of producing these products on the environment, along with the ethics of eating ‘meat’ and other animal products. The needless suffering of millions of animals could be prevented. The long-term goal of cellular agriculture meat production is a product that is indistinguishable from a true meat product such as a steak. There are endless possibilities, such as producing meats with new flavours or textures, without needing years of specific animal breeding or specific animal diets to achieve (The future is full of potential, and scientists are working right now to help us reach this goal.

At PromoCell, we are committed to support and enable the next wave of innovation in cellular agriculture research. Several leading market players in the cellular agricultural space have trusted us to fulfill their ever-increasing demands.

Do you want to know more?